A SWORD-WIELDING journalist who shared a picture of himself online waving a sword and challenging terrorists to fight has claimed they are “too scared to take him on”.

Andre Walker, a columnist for the New York Observer, offered £50,000 to any jihadi who could kill him while posing on the banks of the Thames. 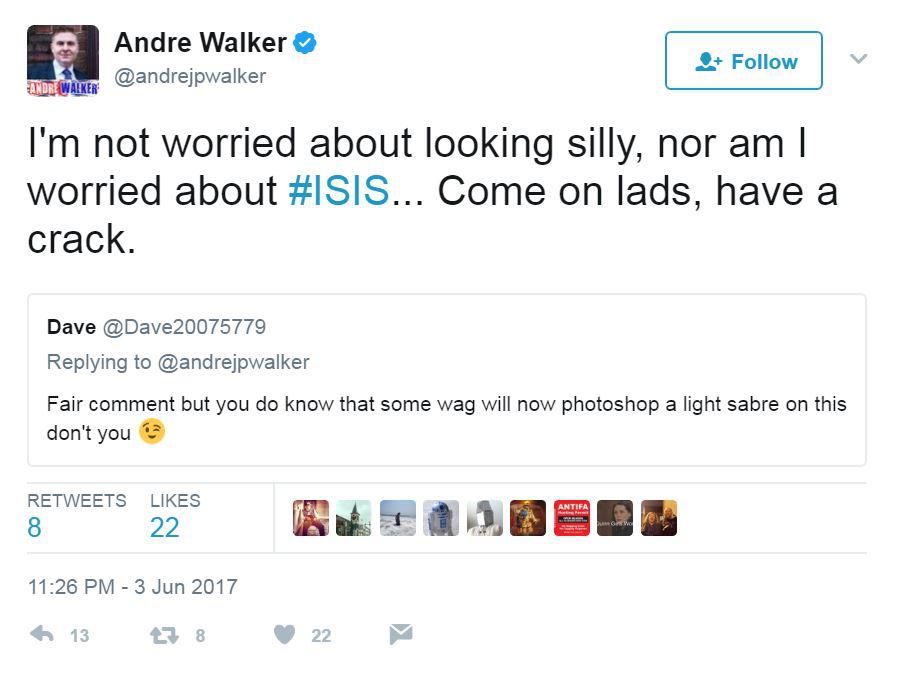 He made the bold pronouncement on Twitter the morning after three men ran over pedestrians on London Bridge and went on a stabbing spree in Borough Market.

Defending the post later on in the day, Walker said: “As the craziness dies down let me explain something.

“I spent time thinking about a way to illustrate the cowardice of these terrorists.

Sekerinska Q&A in Aerodrom, mostly As, no Qs