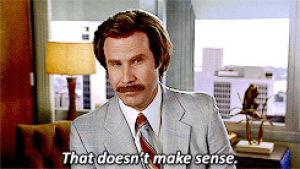 Several cargo ships carrying liquefied natural gas (LNG) from Russia’s Yamal LNG plant have arrived in the US, Russia’s Foreign Ministry spokesperson Maria Zakharova announced, highlighting the obvious weirdness of the situation.
“Oddly enough, with all this visible public flow of negative rhetoric from Washington, Russian liquefied natural gas is successfully being supplied to the US,” Zakharova said during the weekly press briefing.

“Recently, at least three tankers with liquefied natural gas from the Russian Yamal LNG field on board have reached the US coast,” she added.

This is not the first batch of Yamal-originated LNG. In January, a month after the facility started operating, French tanker Gaselys delivered the first LNG cargo to the US city of Boston. The fuel was reportedly purchased by Malaysian oil and gas firm Petronas, transported to the UK, and then resold. In March, Boston reportedly welcomed another LNG carrier – Provalys owned by French multinational Engie. The tanker reportedly delivered the second LNG cargo from the Russian Yamal plant.

Zakharova’s comment came shortly after US Department of Energy Secretary Mark Menezes said that Washington is ready to back projects aimed at diversifying energy supplies to countries of the European Union even if Russian corporations take part in them.

US President Donald Trump has repeatedly urged the EU to look for alternatives to cheaper Russian gas, mostly delivered to Europe by pipelines. Last month, PGNiG, Poland’s gas company, signed a 20-year deal to buy liquefied natural gas (LNG) from the US.

While promoting American LNG, Trump has repeatedly slammed Europe over its energy dependence on Russia, which he characterized as an unreliable partner. Earlier, Germany agreed to fund the building of a terminal for receiving American LNG. At the same time, Germany is participating in the implementation of the Nord Stream 2 gas pipeline project with Russia.

Kickboxer gets up thinking he won after KO