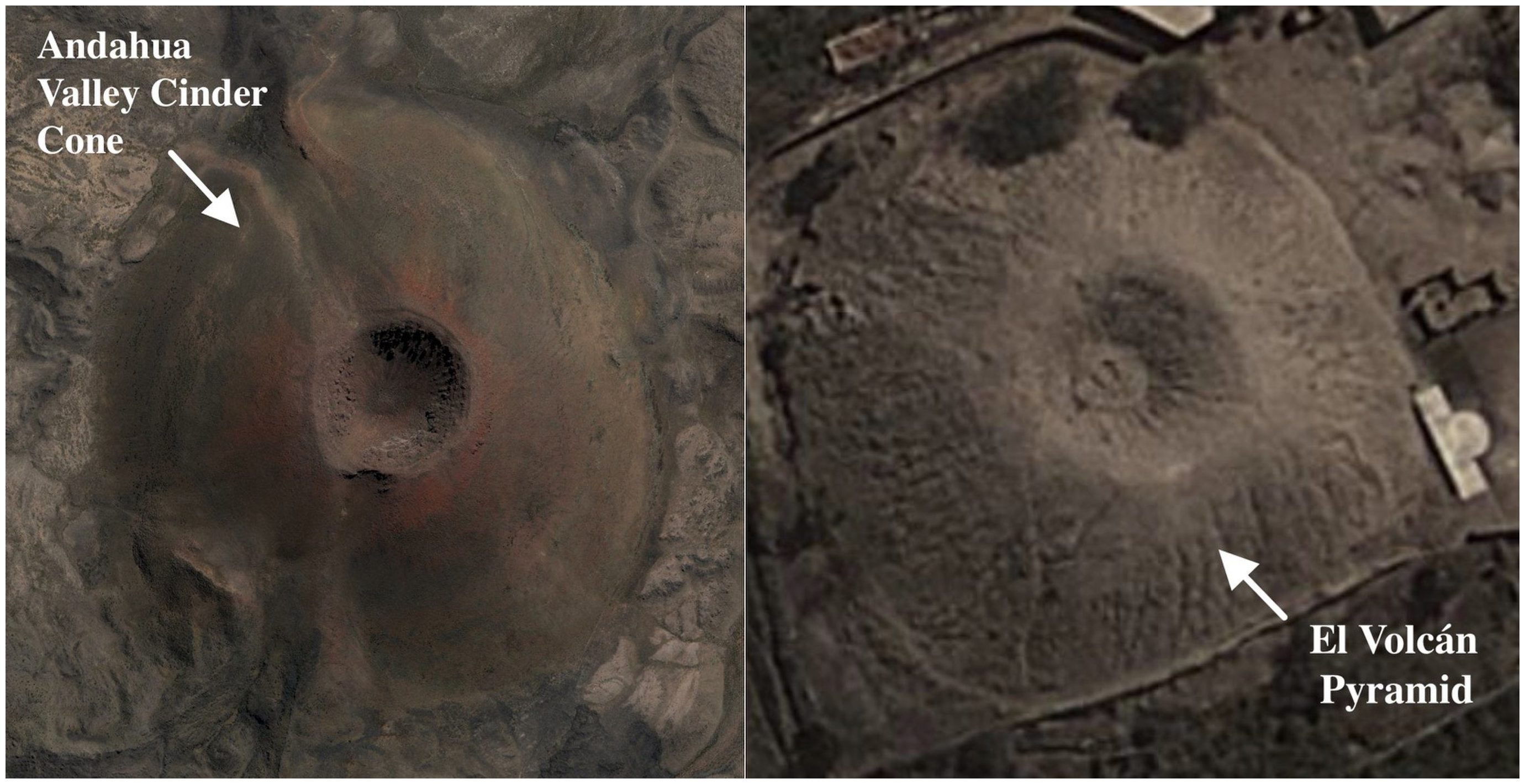 From far away, El Volcán in the Nepeña Valley of coastal Peru might look like a natural feature in the landscape.

But this volcano is artificial, a mound or pyramid built by human hands with a crater dug out of the top. And some archaeologists are trying to figure out what it was used for.

Robert Benfer, a professor emeritus at the University of Missouri who focuses on biological anthropology, had previously found a series of mounds shaped like orcas, condors and other animals in coastal valleys in Peru. He was looking for more of those earthworks by surveying valleys north of Lima when he spotted the volcanic cone that stands 15.5 meters tall.

“I knew that a mountain in the valley had a large archaeological site, San Isidro, with platforms oriented to the solstice,” Benfer told Live Science. “So with my team, we climbed it to get a better view of the surrounding valley, and I saw the Volcán site from a platform.”

In the 1960s, archaeologists had noted the volcano-like mound and identified it as artificial, but Benfer and his team decided to investigate further. As the researchers report in the latest issue of the journal Antiquity, they dug a trench into the inner crater of the volcano, and found a collapsed stairwell that descends below a layer of adobe bricks to a mud-plaster floor.

They also found a fireplace at the bottom of the stairwell, full of bits of charcoal and shell. Archaeologists can determine the age of such organic material using radiocarbon dating. A sample of burned material from the hearth showed that the last fire was lit sometime between A.D. 1492 and 1602.

Benfer believes this date range is important. During the 16th century, there would have been four total solar eclipses, visible from El Volcán, in short order: in A.D. 1521, 1538, 1539 and 1543. This would have been a rare occurrence. “The chances that four solar eclipses could occur during the probability distribution of the radiocarbon date of the hearth is less than 0.0003,” Benfer told Live Science. (That’s less than a 0.3 percent chance of occurring.)

In their paper, the researchers wrote that “the people of the northern and central coasts, the Yungas, unlike the later Incas, greeted eclipse[s] of the sun with joy, not fear.” Benfer speculated that the fire might be all that’s left of a ceremony linked to one of these eclipses.

The researchers are not sure when the mound was first built. It’s possible that the original structure might be much older than the hearth. The nearby archaeological site at San Isidro was active during the Late Formative period (900 B.C.to 200 B.C.).

The meaning behind the mound’s shape is also still unclear. Benfer noted that there are no volcanoes around El Volcán that would have served as models for its construction, if it was indeed meant to look like a volcano, and no other structures like it have been found in Peru.

Doorman Mukoski in Vatican to honor Cyril and Methodius

The ides of March: Every war started by the Pentagon (NATO) was in March