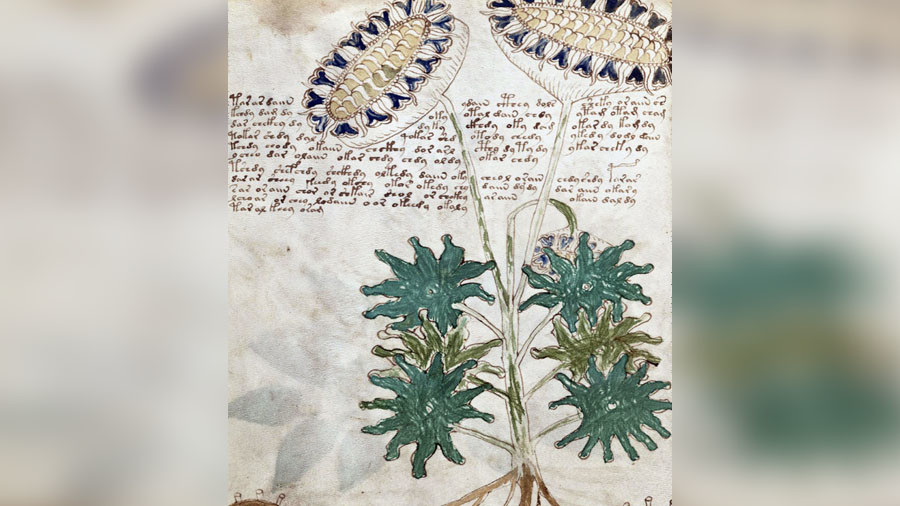 Mysterious text from the Voynich codex, a brightly illustrated ancient manuscript, may finally have been deciphered, according to a new study from computer scientists in Canada.

For decades codebreakers have poured over the 240-page relict, from which pages have been carbon dated back to the early 1400s. It has been suggested that the manuscript, which is housed at the Beinecke Library at Yale University and contains brightly colored images of plants and an unknown language, is a medieval medical journal for women.

But the purpose of, or information within, the Voynich codex has never been agreed upon by researchers and academics – despite the best efforts of WWII enigma code breakers in Britain. Named after Wilfrid Voynich, the man who brought the text to wider knowledge in the early 20th century, the codex could also be an elaborate hoax, as suggested by Keele University linguist Gordon Rugg.

However, now Greg Kondrak from the University of Alberta claims to have made strides in deciphering the seemingly lost language contained within the codex pages, reported CBC News.

According to the computer science professor, the first sentence of the manuscript translates roughly as: “She made recommendations to the priest, man of the house and me and people.”

“[T]he language is a plausible candidate on historical grounds, being widely-used for writing in the Middle Ages. In fact, a number of cipher techniques, including anagramming, can be traced to the Jewish Cabala,” a research paper by Hauer states.

Other individual words deciphered within the text include ‘farmer,’ ‘light,’ ‘air,’ and ‘fire’.

“The application of our methods to the Voynich manuscript suggests that it may represent Hebrew, or another abjad script, with the letters rearranged to follow a fixed order,” the study concludes.

Lebanese protester has fun with police