After individual voting in the Assembly carried out after 22:00 hrs, 80 MPs voted that the procedure for changing the Constitution of the Republic of Macedonia in accordance with the Prespa Agreement is opened. Although by law 81 is needed…. it’s silly to talk ‘law’ now, after everything that has happened.

All VMRO MPs who were in custody and were released to vote, voted “For” the procedure, including several MPs like Elizabeta Kancevska Milevska (who we reported earlier accepted 2m euros), Mukoski replaced his jail sentence (released hours before the vote) for ‘freedom’ + 1m euros.

Our  initial thought that VMRO is in on it, and all of this was one huge theatrical display, sadly, proved correct.

Here are the VMRO traitors that were successfully bought by Jess Baily.

One hour before the vote, Baily’s fascist junta turned off the electricity in 80% of Skopje.

When they showed me the bag with cash, it was about this big 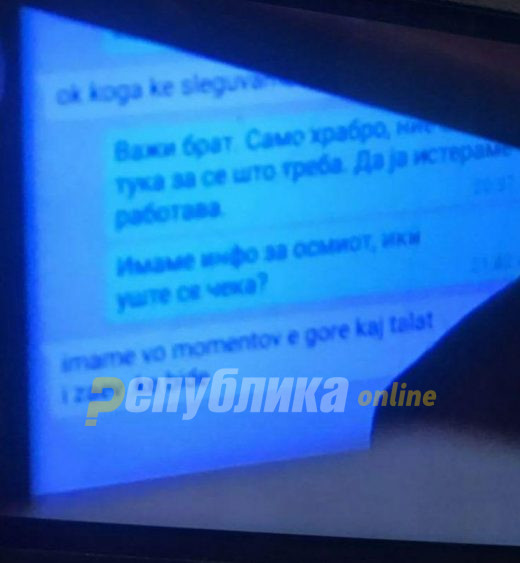 SMS of Baily and Zaev bribing the 8th MP