The Russian military has revealed the system of WWII-era bonuses for the Red Army servicemen, providing detail on what one could get for whacking an enemy tank single-handedly or bombing Berlin.

The Defense Ministry declassified a set of documents detailing the system of finances which propped up the military over the past few centuries. Some shed light on a little-known aspect of World War II – bonuses for the Red Army soldiers who destroyed the enemy’s tanks or performed otherwise dangerous missions. 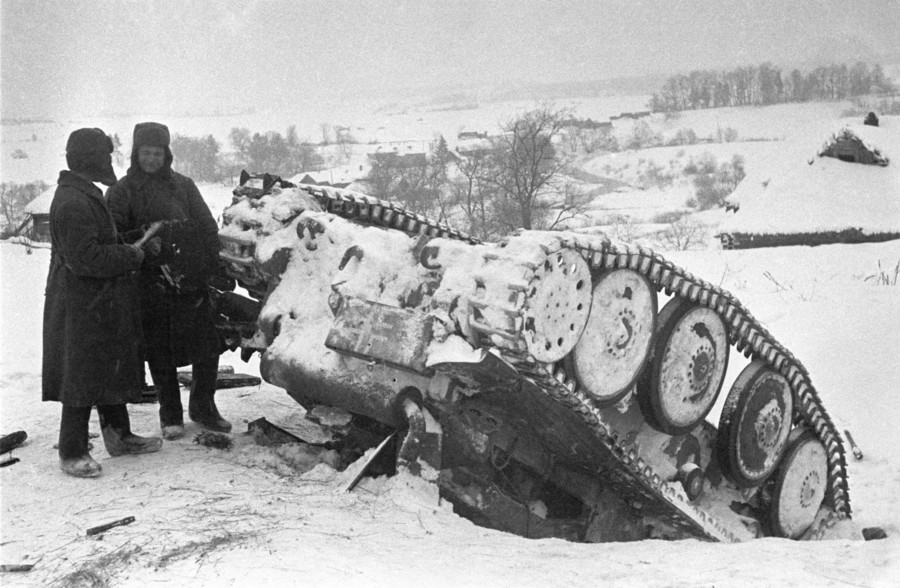 The commander and gunner of an anti-tank weapon, for example, were eligible for 500 ruble bonus each, while the rest of the crew received only 200 for destroying enemy armored machines.

Soviet tank crews, who engaged and knocked out a tank, received similar bonuses. A tank commander and driver could get 500 rubles, while the rest of the crew – only 200. Sorry, radio operator. It also remains unclear why a tank’s gunner received smaller bonus compared to his field artillery counterpart.

Destroying a tank single-handedly, with grenades, Molotovs or anything one could find, was worth the most, netting a soldier a 1,000 ruble bonus. The bonus system, for some reason, did not differentiate between the tank types, yet whacking a Tiger might have been ‘slightly’ more difficult than knocking out lighter machines.

The most dangerous endeavors could net a serviceman an even larger bonus. All the crewmembers of the daring bombing runs on the city of Berlin, performed by long-range TB-7 and Yer-2 bombers in mid-1941, were eligible for a hefty sum of 2,000 rubles each. The bonus for an ‘ordinary’ bombing run, in comparison, was only 500 rubles. Attacks on Berlin were by no means a walk in the park, as some 15 machines were lost during the flights. The daring bombing runs ceased completely in September 1941, as the Red Army was forced to retreat deeper into the country.

Whether the bonuses were really that big is a somewhat tricky question. Surely, with the pre-war prices, when a kilogram (2.2 lbs) of meat cost less than 20 rubles and liter of milk went for only 3, they were quite generous. Given the wartime shortages, prices on the open market grew uncontrollably, and reached their maximum in 1943, when the aforementioned products cost 400 and some 80 rubles respectively.