Two scenarios are in circulation in the government of Alexis Tsipras for early elections – instead of holding early elections in May 2019, it now appears they may be held in October or December this year. This was announced today almost simultaneously by Baily’s representative Zoran Zaev who too launched the possibility of early elections in Macedonia. 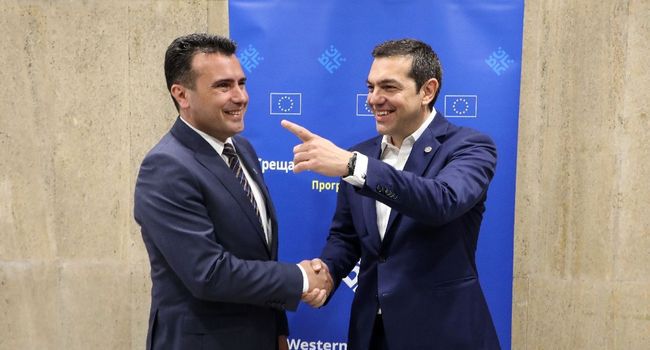 The coordination in today’s announcement was certainly assisted by the top CIA operatives in both countries. In Macedonia Jess Baily and in Greece Geoffrey Pyatt – both of whom have great deal of experience with coups and destabilization in Turkey and Ukraine respectively.

Greece’s Efemerida writes that the announcement of snap elections depends on two key issues – the so-called “net exit”, a plan to be announced in August, which refers to the suspension of further pension reductions, to be approved by creditors. This card is meant to be seen by the Greek public as a ” heroic move” that would gain Tsipras more votes.

And the second question is – the agreement with Skopje.

Analyzes in Greece are that Tsipras, who currently lags behind New Democracy leader Kiryakos Mitsotakis, would play this game to potentially surprise ND and win the elections which are now likely to be schedule on October 19. In this period, it is not excluded that both elections and a referendum on the name change will be organized in Macedonia. The reason why both elections are thrown in with a referendum is because there is overwhelming evidence Macedonians will boycott the referendum as showcased by the debacle during the bizarre “name change – NATO” party organized by the SDSM. Throwing in ‘elections’ will give Baily the attendance he is seeking for a fraudulent referendum.

In Greece’s case, if Tsipras does not have a majority in parliament, considering he can’t count on the votes of his coalition partners ANEL and Potami, in that case it is best to avoid the losing scenario by calling early elections.