The nightmare that is Zaev continues his sleep walking through his mandate, making phone calls and posting nonsense on his FB profile.

Bulgaria’s PM was upset that Zaev in a recent interview mentioned “Macedonian Ilinden uprising”, and that contradicted the agreement the Government junta signed with Sofia.

As a result, first PM Borisov phoned Zaev to complain that his statement was not received well in Bulgaria. Zaev responded by apologizing to Bulgaria on his FB profile  reports Sofia daily ’24 Hrs’. 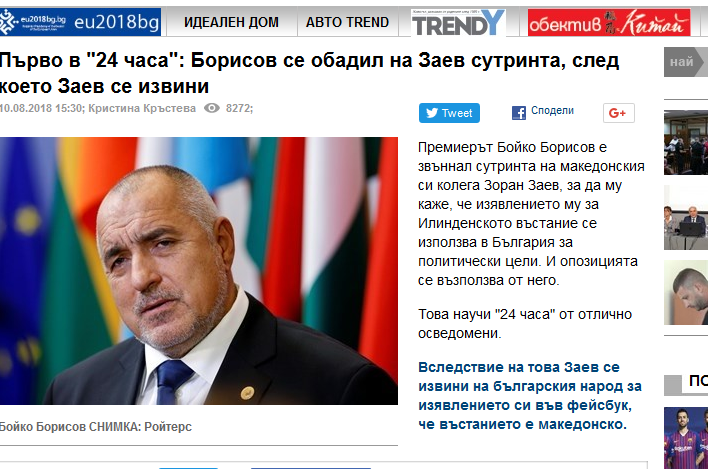