Baily, Zaev and Spasovski are taking the upcoming protest quite seriously, in fact, a mobilization has been ordered for all reserve policemen (active police not enough?) on November 17th. In a letter sent to reservists they are ‘enticed’ with bringing their bank account number so they can have money deposited to their accounts.

However, not all reservists reservists have accepted the invite. Many have publicly stated on social media they will not wear uniform and stand against their fellow Macedonians.

The protest will take place in front of Parliament on November 18th. Macedonians demand their illegitimate criminal Government end their attempts to illegally change country’s name. 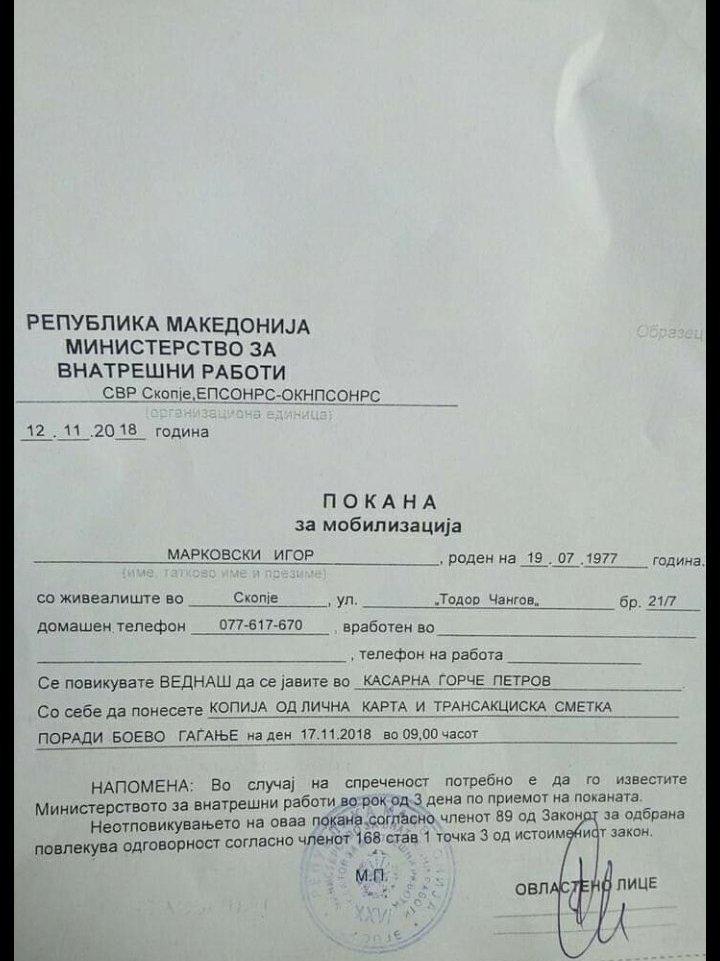