When there is no opposition, the Government is forced to stage a protest against itself. Such was the case earlier today when the US Embassy pressed a button and the SDS junta found itself on the street protesting against themselves and asking for more “equal rights” and the creation of 72 genders in the country. 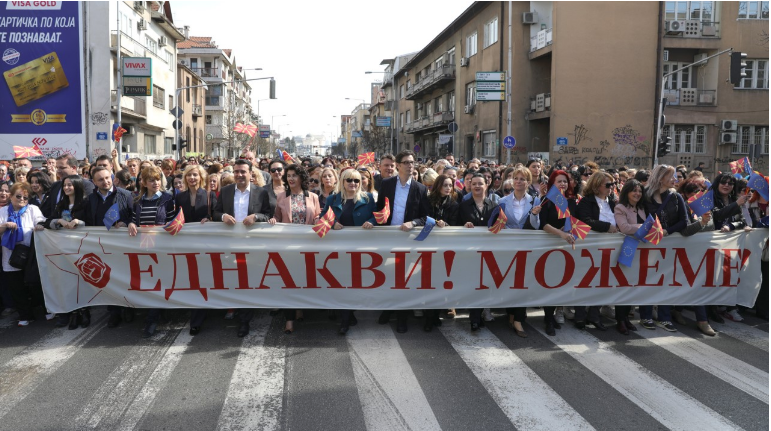 That’s right, when this insanity passes (DPNE clowns will help), you can identify yourself as a transfeminine, demiboy or a tree in your birth certificate. This is how you ruin a country for good, and psycho Zaev is up to the task. 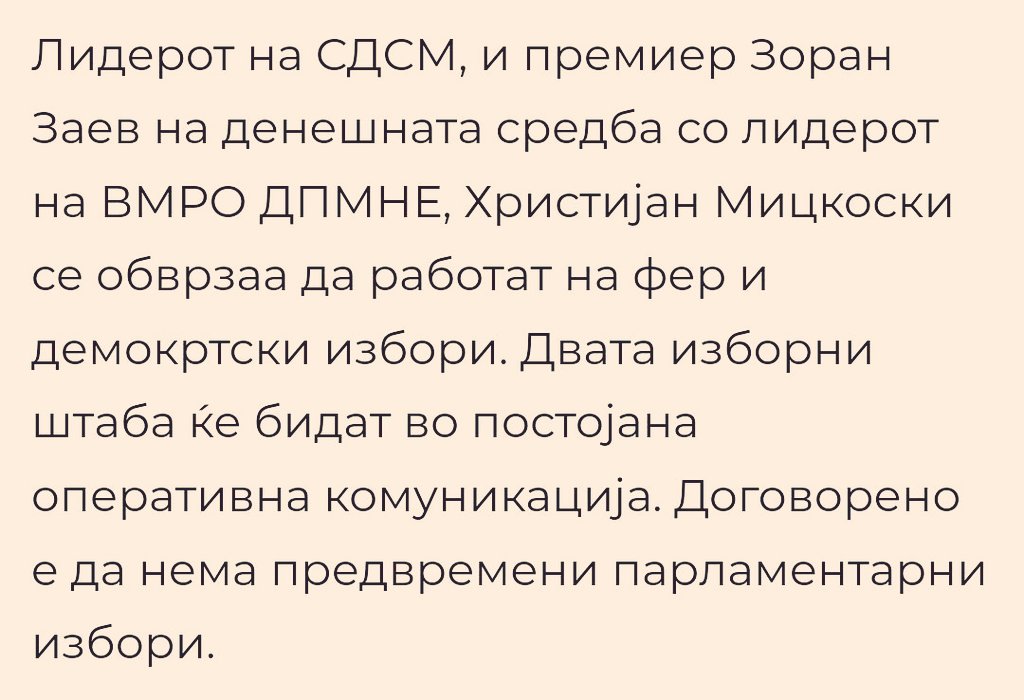 Meanwhile, while the SDS is jailing DPNE MPs who showed any sign of patriotism over the past year, Zaev and Mickoski are having a leadership meeting. Mickoski apparently has no issue with the jailing of his MPs, has shown zero support to individuals like Igor Jug and Jane Chento who are held in the same wing with the Kosovo terrorists for over 7 months without being convicted on any charges.

There is no official agenda set for the meeting, however, the discussion will revolve around presidential candidate Goga Soros, which is now seen by all as a joint candidate of both DPNE and SDS. Mickoski and Zaev will discuss joint steps to ensure Goga Soros is elected. The same Goga Soros who was a Minister working for Crvenkovski when the SDS stole hundreds of millions of dollars (TAT) belonging to Macedonians from overseas. The same Goga whose best friend is Rada Sekerinska, the same Goga who has worked for Soros’ Open Society for 20 years.

In unrelated news, parents in the Macedonian capital refused to let their children visit the junta’s Government HQ after letter was sent to local school asking for parents to sign-off on their children being used for political and propaganda purposes.