Zaev’s criminal junta has called in the Army as Macedonians continue their protests against a name change in front of Parliament.
It is illegal for the Government to call in the Army on peaceful protesters, however nothing the criminal Government has done since it was brought to power via a coup has been legal.

Armored transporters, water cannons, chariots and vehicles were seen heading to Parliament this afternoon, where a protest of University students was announced tonight at 20.00.

Four columns with about a dozen vehicles blocked Blvd. Partizanska, moving towards the Assembly of the Republic of Macedonia. In addition, there are over 300 policemen around Parliament, and more than 50 police vehicles of all sizes. 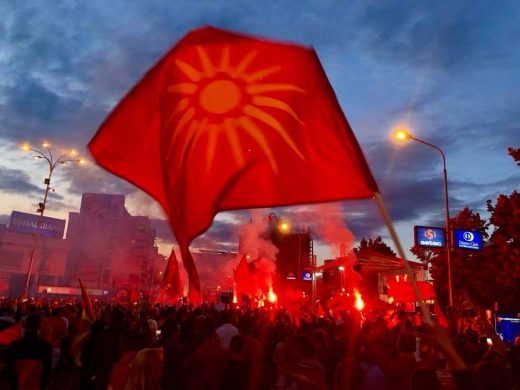