On few occasions MINA has reported Janko Bachev and his party are tied to Zaev and managed by the US Ambassador Jess Baily as “controlled opposition”.
Bachev’s party United Macedonia hails itself as “Pro Russian” always waves Russian flags on protests with rather low attendance, and best of all, it is 100% financed by the US Embassy in an effort to show “Russian influence” in the country.

Bachev looks at the camera filming him, waits a bit until he is completely in the camera’s cadre, then takes out the cash and hands it. The best thing is the TV21 moron Furkan Saliu then immediately stops filming. Clearly, not arranged at all…

The Party’s VP Stefan Vlahov Micov who recently quit confirmed the party is financed by the US Embassy, while its president Janko Bachev has daily contacts with Zaev.

And who did the filming? TV21, the idiots who searched for Miloshoski’s grandmother and have major ties to both SDS and DUI.  Again, not arranged at all. 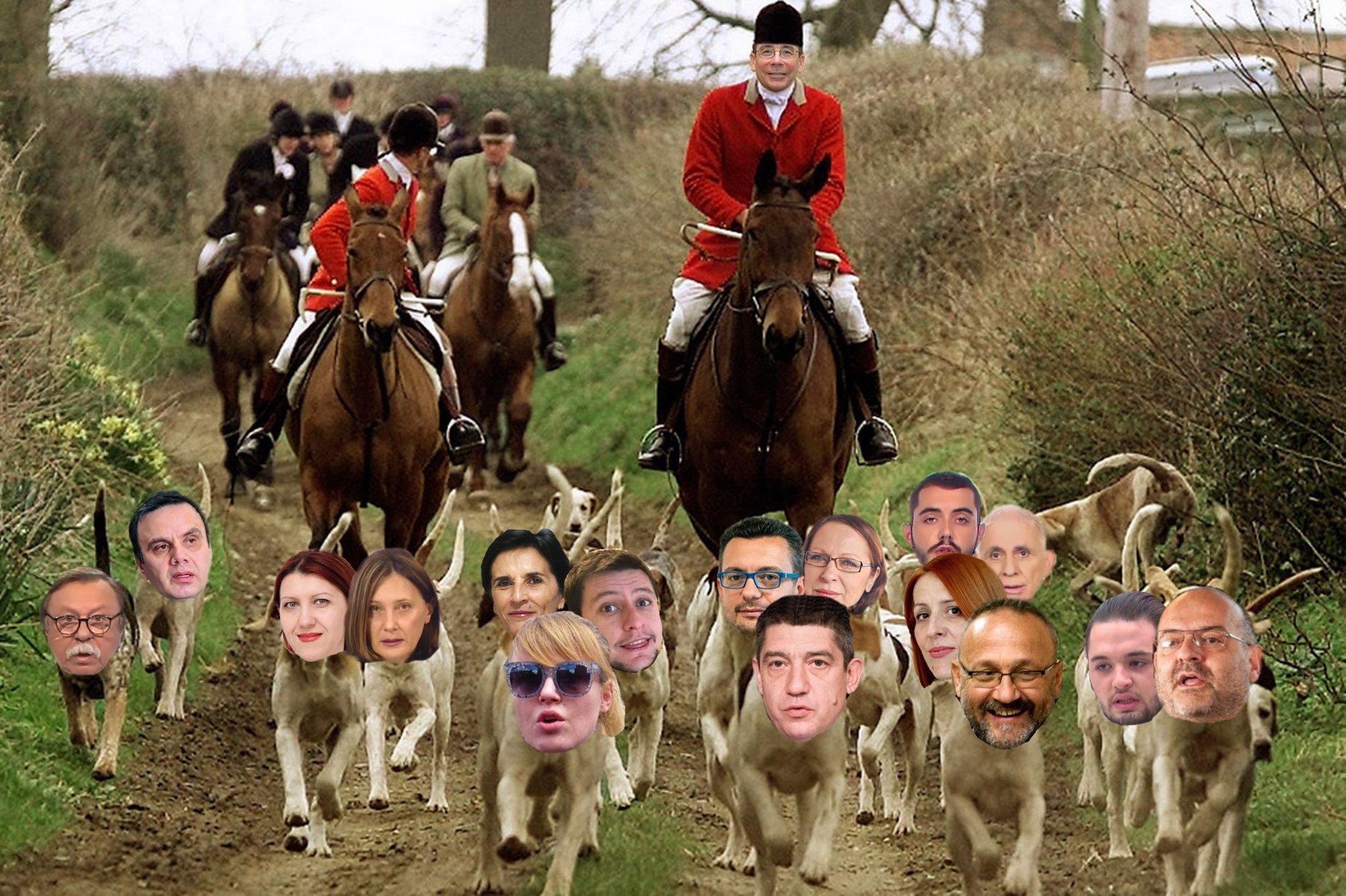 Bachev, the traitor he is, openly works for Zaev for over 2 years now and at the moment is pretending to lead a “boycott” movement that has zero following. His job is to make lots of noise, like now being filmed in public giving money to someone to “protest”. There you go, the Russians at work, right?!

The idea is, by using the same name as the actual Boycott Movement to undermine the movement, discredit it and the planned protests as much as possible.

But, it isn’t working. Bachev tried similar efforts during the referendum, ran around like a fool waving Russian flags in both hands to show Moscow’s alleged hand in the referendum, inserted himself to the front of actual legitimate protests once again waving Russian flags with zero effect. He won’t stop making a fool out of himself as long as the US Embassy keeps sending cash.