For the needs of the special police, which will provide protection for traitor Zaev and his associates during the signing ceremony with Greece, police has brought in patrol boats from the Lake Police and its Captain from Ohrid will be present.

Skopje based media has provided photos of large police convoy carrying patrol boats to the Macedonian side of Prespa, where the signing will take place. 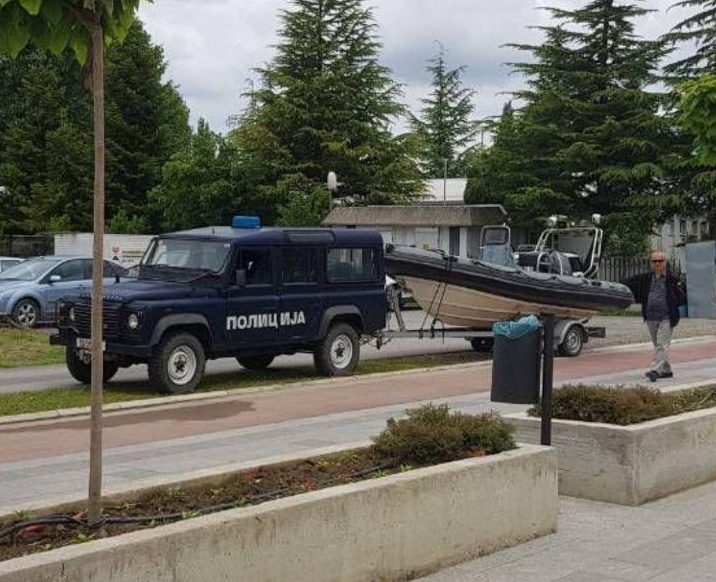 In addition, Macedonia’s governor and US Ambassador Jess Baily has engaged the Army who will protect Zaev and his associates by dispatching at least three helicopters to hover above.

In protest of the signing of the agreement by the Greek and Macedonia’s illegitimate Prime Minister, an organization calling itself “Committee for the Protection of the Greek Character of Macedonia” called on the Greeks from Northern Macedonia to come to a large protest rally in Prespa on June 17 (Sunday) at 11 am. In a statement, the Government of Tsipras is accused “of trying to put a national signature of a criminal concession on history, language culture and the uniqueness of the name Macedonia, through an agreement with Skopje.

The Macedonians will stage a protest against the Agreement in Bitola where over 60,000 people are expected to attend.
Greece’s Tsipras does not have a chance of ratifying the agreement in Parliament as numerous MPs within his own party and the opposition have stated they will not vote for it. In Macedonia, Ivanov has stated he would never sign the agreement, which makes it void. In addition Zaev is not able to ammend the constitution as he doesn’t have 2/3rd majority. Then the logical question is – why sign such an agreement?