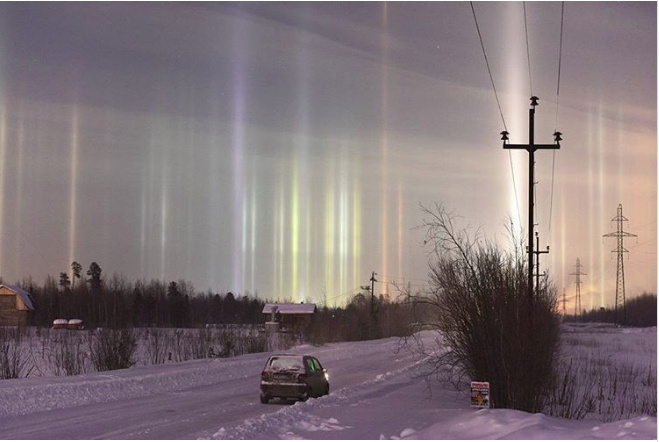 Russia’s St. Petersburg has witnessed an incredible light show by mother nature, which illuminated the sky with bright columns of light, turning the city into a winter wonderland.

Residents of Russia’s ‘Venice of the north’ awoke early on Saturday morning to find the skyline glittering with strange colors. Yellow, red, blue and green laser-looking columns were visible across the city. At first, people thought that they were witnessing the northern lights, but the pattern of the luminescence suggested a different phenomenon.

The beauty, witnessed and admired by thousands, was in fact a rare atmospheric optical phenomenon caused by the freezing temperatures. Called a ‘light pillar’, the bright occurrence is caused by the interaction of light with ice crystals that are densely packed in the atmosphere of the cold air. With thermometers hovering around -20 Celsius (9 Fahrenheit) this time of the year, the light show is likely to come back to St. Petersburg

The anti-everything protests spread to UK