The Boycott Movement demands responsibility for unlawful wiretapping and interception of private conversations of the institution President of the Republic of Macedonia by the state intel agency UBK. 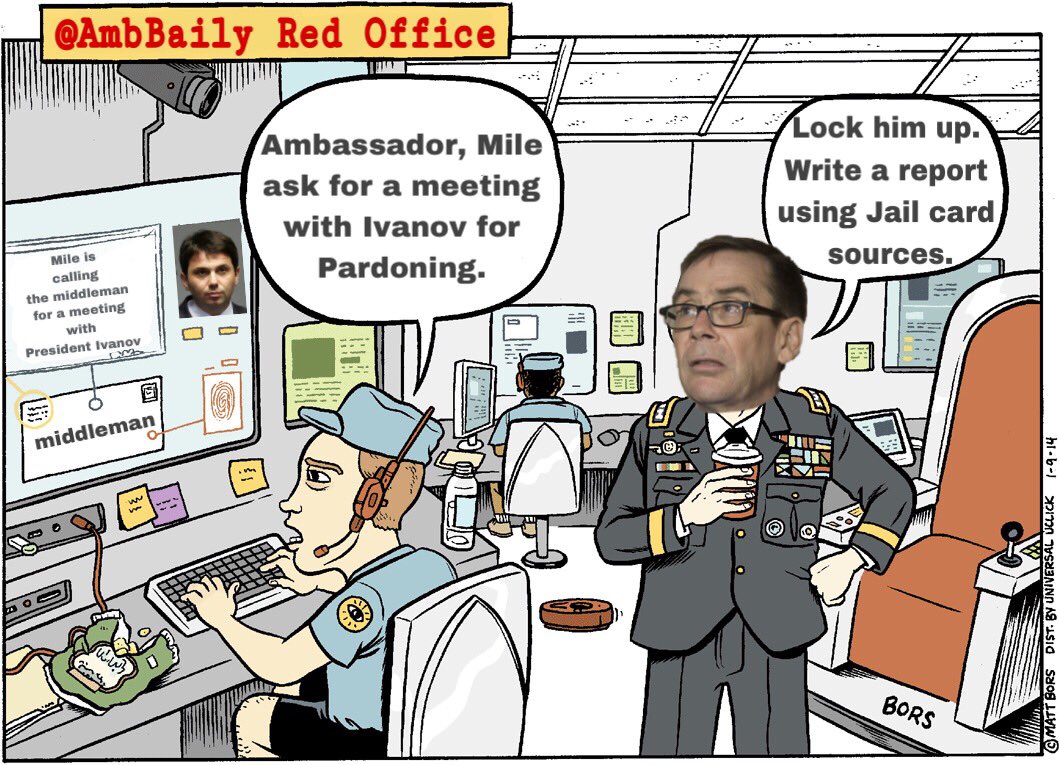 This was after a Skopje judge accidentally released a document in an effort to speed up the jailing of former Transport minister Mile Janakievski. In the document, it was revealed that the UBK has wiretapped Ivanov’s residential villa and his cabinet. MINA finds judge Aneta Arnaudovska was immediately fired from her position as a judge, due to the mega scandal that was mistakenly revealed. 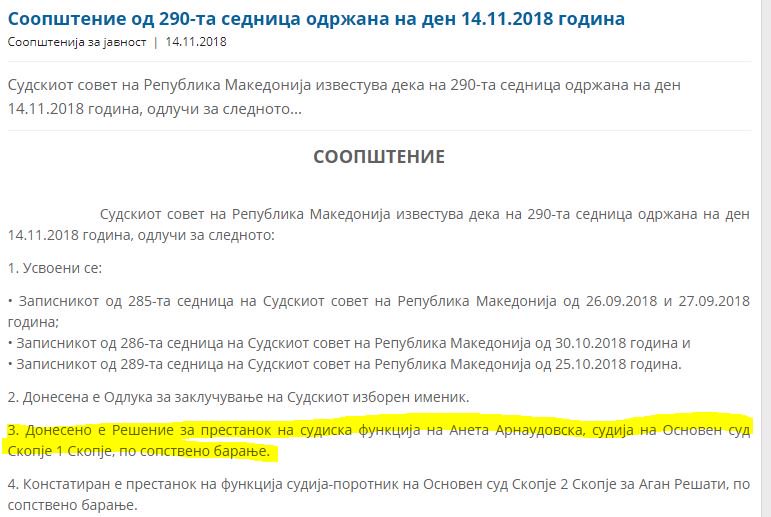 And here is the best part. Was Arnaudovska simply the scape goat? And the answer is, yes. She didn’t resign, she was fired, this is confirmed. However, the real culprits were judges Ognen Stavrev, Vesna Nikolovska Masevska and the head of the Court and Baily’s #1 asset Ivan Dzolev.

How did highly classified document make it to the Court without being first declassified? Why is the UBK behind it, and not OTA? Who approved the wiretapping of president Ivanov’s office and residential villa? This has not been answered by Zaev’s junta.

The judges who signed their names in the document below will take Gruevski’s office in Shutka. 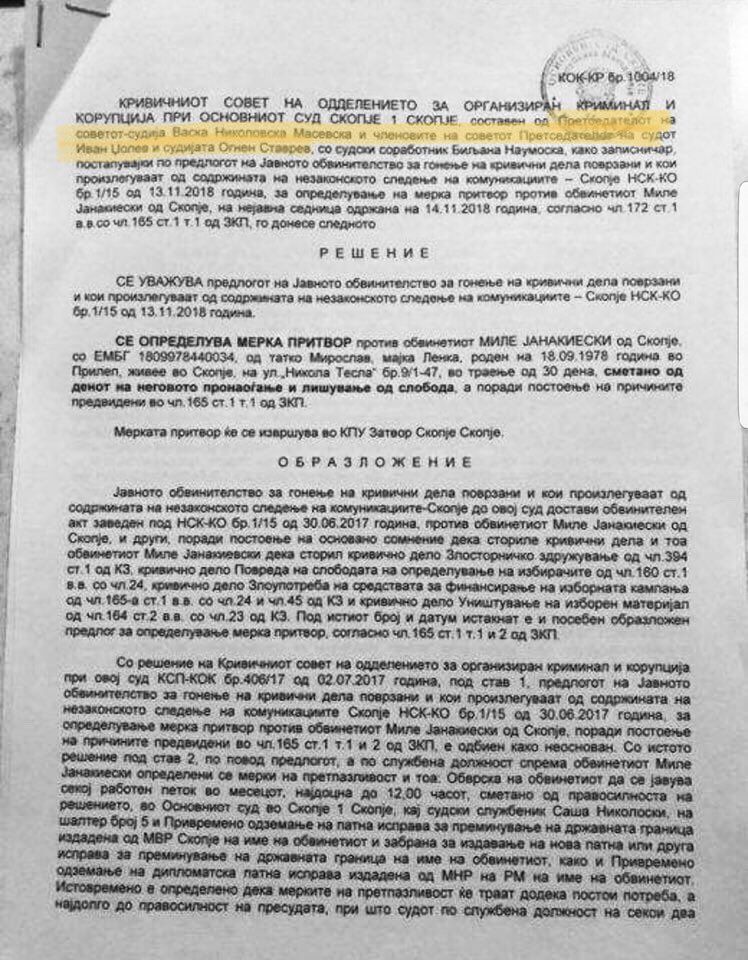 Meanwhile, the Boycott movement demands responsibility for the illegal wiretapping of the institution President of the Republic of Macedonia, adding – “Judge Aneta Arnaudovska, who accidentally published an official secret that the UBK is eavesdropping on president’s residential villa Vodno and President Ivanov’s cabinet has been removed from duty. The question is who will bear responsibility for illegally wiretapping the institution of the president of the state ?!”