Police near Area 51 have arrested two vloggers for trespassing near the secret military base after planning an invasion of the site, according to the Daily Star. 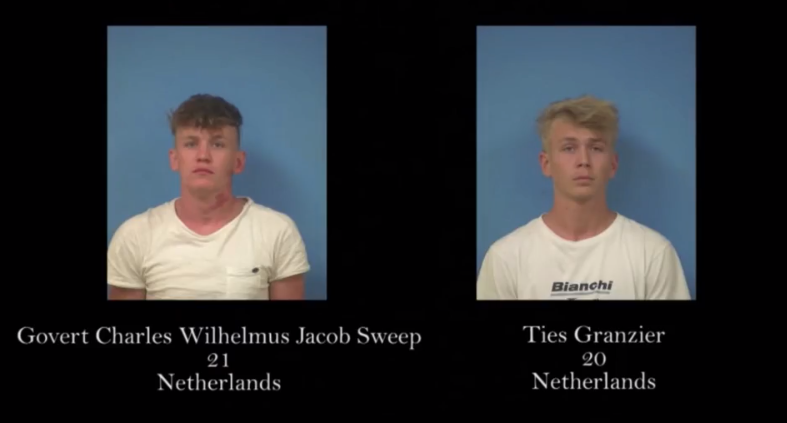 Dutch YouTubers Ties Granzier and his friend Govert Charles Wilhelmus Jacob Sweep are being held by police after being found inside of the base’s “score zone“. The men were found filming three miles inside of the Nevada National Security Site, which is 10 miles outside of Area 51.

According to the Nye County Sheriff’s office, the men saw “No Trespassing” signs, but chose to ignore them. The men then told police they wanted to “look at the facility”.

Police confiscated cameras, a phone, a laptop and a drone inside of their car that had video footage from inside of area. Granzier has more than 730,000 subscribers on YouTube.

Before being arrested, he brilliantly posted on Instagram that he was heading toward Area 51. He said: “We didn’t have any intention to storm it because we leave one day before the actual storming dates. We just wanted to go there.”

The arrests could be a microcosm of what’s to come: Area 51 is expecting an “onslaught” of trespassers in coming weeks.

Recall, we reported that more than 700,000 Facebook users (now as many as 2 million) had “jokingly” signed up to a group that was planning to storm Area 51 this month. The U.S. Air Force site is often the center of many alien conspiracy theories and the “joke” idea was an attempt to “see them aliens”.

We followed up on that report days later, noting that it looked as though the government wanted to make sure that those behind the “joke” knew it is being taken very seriously. According to CNN, a spokesperson for the U.S. Air Force said: “[Area 51] is an open training range for the U.S. Air Force, and we would discourage anyone from trying to come into the area where we train American armed forces.”

The statement then includes the ominous sounding sentence:

“The U.S. Air Force always stands ready to protect America and its assets.”

According to TMZ, authorities had also said that “anyone who commits a crime in or around Area 51 — including trespassing — will be arrested and prosecuted to the fullest extent of local and military law.”

In addition, “local cops will work together to curb any attempts to even wander near Area 51 property,” the statement says.

Another Boeing 737 MAX crashes, this time in Ethiopia with 149 passengers