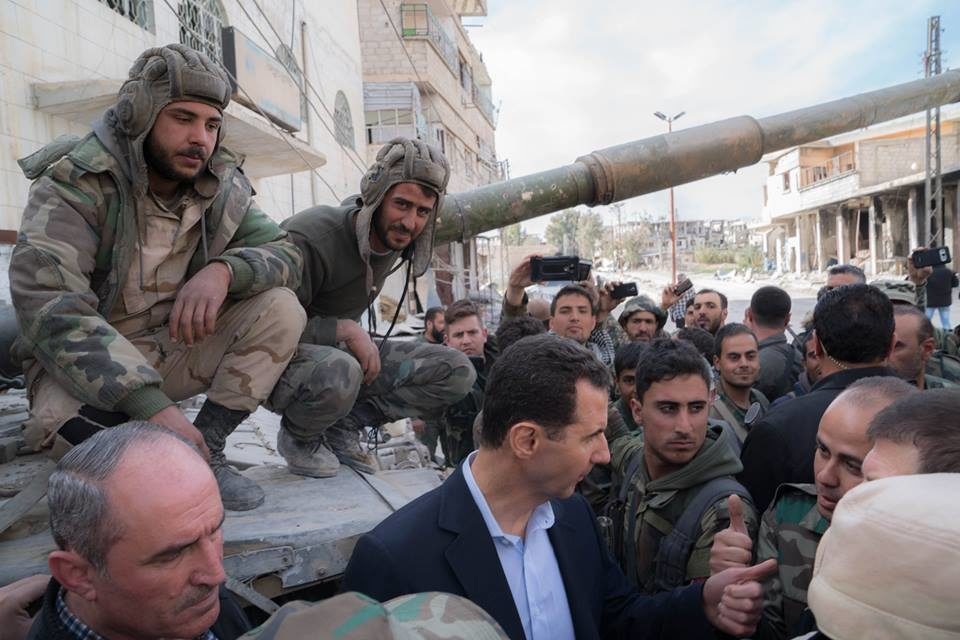 According to a report by the Syrian state news agency SANA, President Bashar al-Assad visited army positions in the Eastern Ghouta suburb of Damascus.

“In the line of fire in Eastern Ghouta… President Assad with heroes of the Syrian Arab Army,” the president’s Telegram account said.

According to the Syrian army command, government troops had already liberated 70 percent of Eastern Ghouta’s territory, which has been under terrorists’ control since 2012.

Here is Assad driving his Honda with zero protection to eastern Ghouta.

New curfew will be in effect across Macedonia – 4pm to 5am

Chinese military arrives in Venezuela with 65t of supplies