Nothing can stop Hulk! Well, a vaccine can.

Lou Ferrigno spent time in the hospital after a vaccine shot for pneumonia left fluid in his bicep. 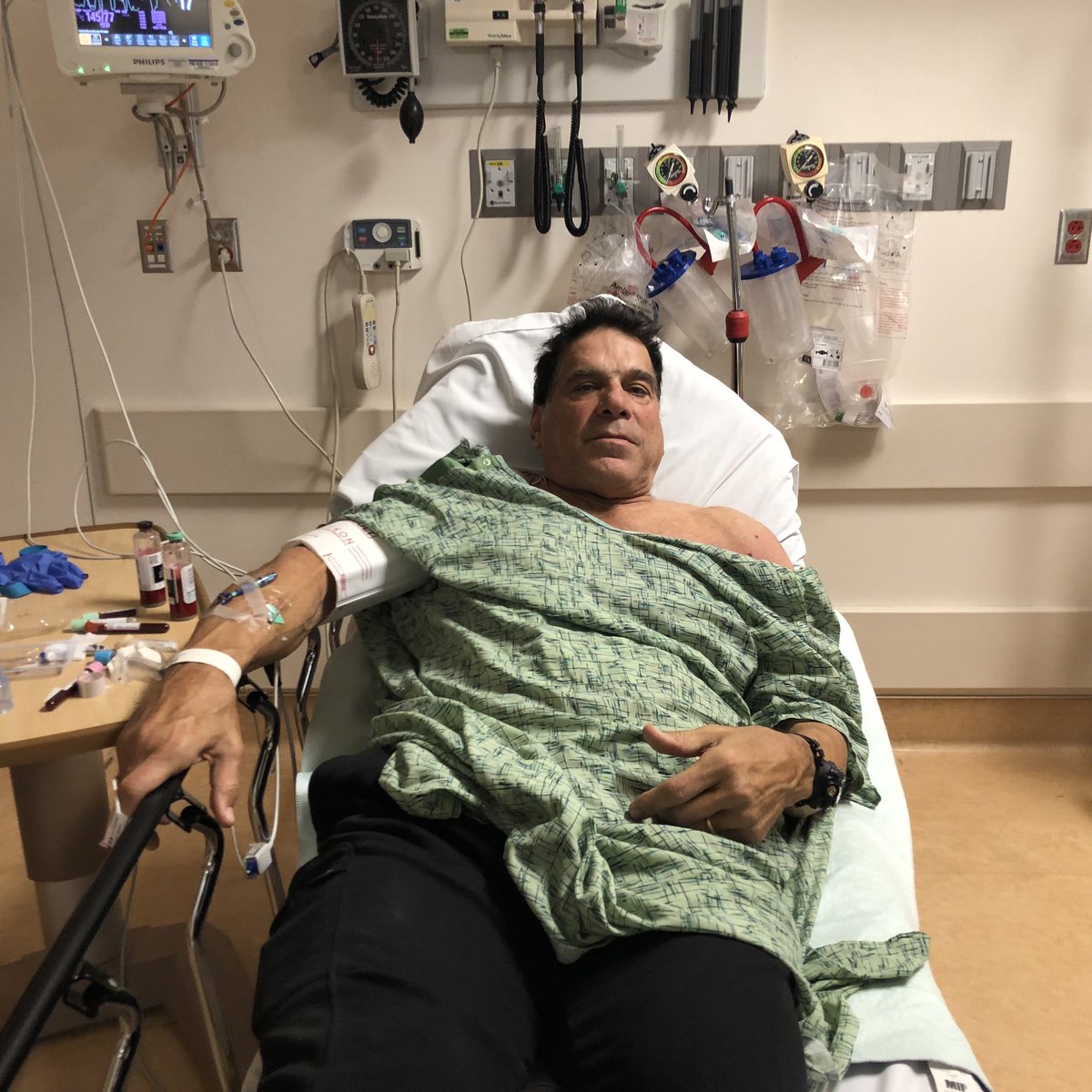 On Wednesday, the star of the late 1970s TV series “The Incredible Hulk” posted a photo on Twitter of himself wearing a green hospital gown with an IV in his arm.

“Went in for a pneumonia shot and landed up here with fluid in my bicep,” Ferrigno tweeted. However, he said he’d be OK.

In a follow-up post Friday, he told fans that he was out of the hospital in time to make it to an event where he posed for pictures with actor Dolph Lundgren.

Representatives did not immediately respond to a request for additional details.

The US Centers for Disease Control and Prevention recommends two kinds of pneumonia vaccines for all adults 65 or older, though it’s unclear which the 67-year-old actor received. According to the CDC, one of the vaccines can cause mild redness, swelling and pain or tenderness where the shot is given.

The fluid in Ferrigno’s bicep could have been a reaction to the vaccine, or it might have been because the vaccination itself was not done properly, according to Dr. William Schaffner, an infectious disease specialist at the Vanderbilt University School of Medicine.

The skin might not have been appropriately disinfected before the shot, or the needle or vaccine could have been mishandled, said Schaffner, who did not treat Ferrigno.

Ferrigno encouraged his fans to be their own advocates when they’re getting a shot.

“It’s important that you keep an eye on who’s giving the shot and make sure they not only swab the spot correctly but that you watch the needle come out of the package,” he tweeted.

“THAT’S GONNA MAKE HIM ANGRY!! YOU DON’T WANT HIM ANGRY!!,” one fan cracked about the bad shot.

Reeker’s child: I can’t let a gay guy bring my Government down