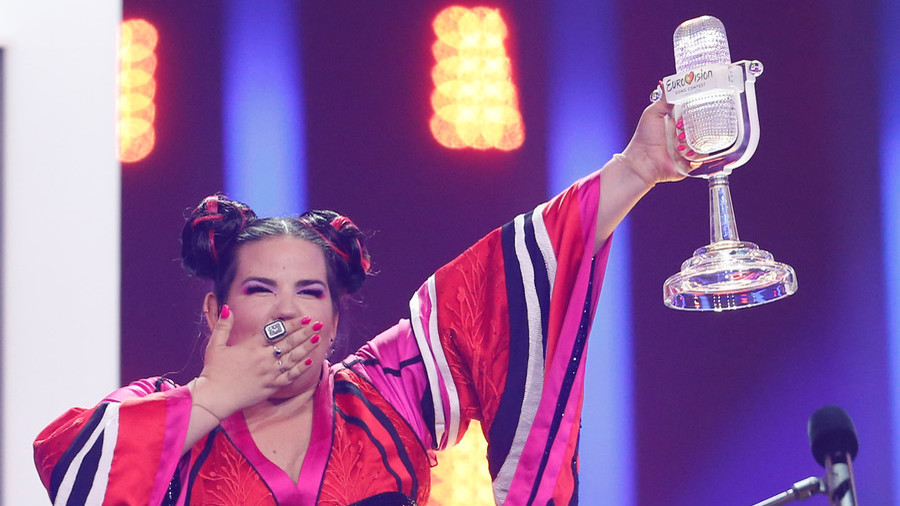 The middle-eastern nation of Israel won this year’s Eurovision, a singing contest that’s widely mocked across Europe due to its overly political connotation that’s getting worse each year.

This year was no different.

Freshly-crowned Eurovision queen Netta Barzilai struck fire with her victory speech, as she invited viewers to see next year’s song contest in the occupied Jerusalem, not the internationally-recognized Israeli capital Tel Aviv.

Barzilai, who was a favorite to win the contest, clinched first place with her song “Toy,” riding the wave of female empowerment. But it was not only the catchy tune that made Twitter erupt after the show but also the highly polarizing statement Netta made on stage after being proclaimed as the winner.

Some users were quick to point out that Barzilai betrayed the message of acceptance and diversity by ending on a statement in tune with Israeli propaganda.

“How can Eurovision celebrate diversity and inclusion when steps away Palestinians are getting shot in the head? Eurovision is about to get very ugly,” one Twitter user wrote.

Netta made it clear her music is for Israel’s propaganda. And she declared 2019 to be in Jerusalem. How can @Eurovision celebrate diversity and inclusion when steps away Palestinians are getting shot in the head? #Eurovision is about to get very ugly.

Tbh I was a bit put off by Netta’s comment about Jerusalem. Let’s hope that they have the decency to do this in Tel Aviv instead… I doubt it though… #Eurovision

Many reminded Barzilai, who had served in the Israeli Navy as part of her mandatory army service, that Tel Aviv was the officially recognized capital of Israel, while the UN’s original partition plan for Palestine envisaged Jerusalem to be placed under international rule.

As God is my witness I thought kangaroos could fly

EU braces for trade war with US