Macedonia’s silent president Gjorgje Ivanov is attending a UN Climate Summit in Poland where the hosts had placed a sign with the UN acronym for Macedonia.

Ivanov impromptu covered the acronym portion of it with a piece of paper. This might be the first thing Ivanov has done right since 2014. 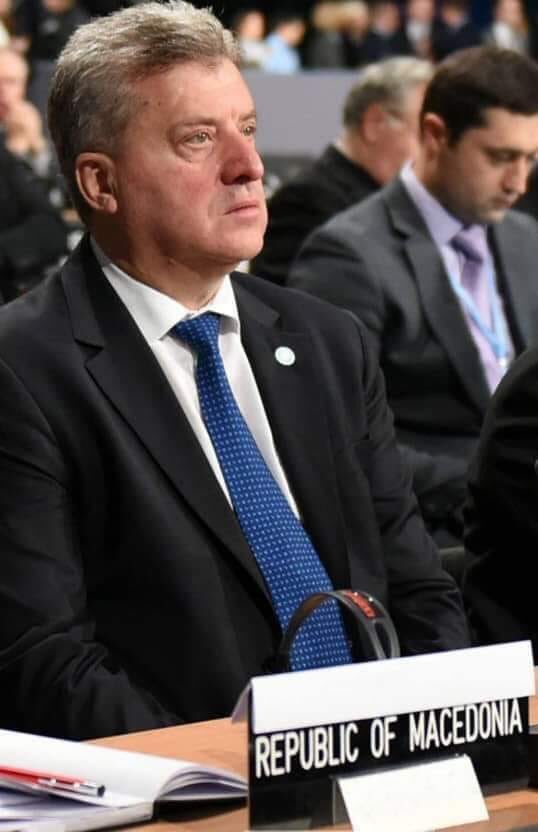 Today, as part of his agenda, the head of the Macedonian state had a lecture at Katowice University, where he stressed that “the Republic of Macedonia faces perhaps the biggest challenge in its existence, which is to deny historical rights and the right to self-determination.”

“Greece with the Prespa Treaty imposes a new name and demands that it be applied erga omnes – both for international and domestic use. It is envisaged to change the Constitution. Through this agreement, Greece will receive constant oversight of how we will name ourselves, but how will other countries address us as well,” he said in his address.

Meanwhile, Ivanov is trying to find the guarantees given to him by Zaev that there won’t be changes in the Constitution. Ivanov is not quite sure in which drawer he put them in.