The death of former French President Jacques Chirac should remind us how the architects of the Iraq War, who stress their ‘pro-European’ credentials today, peddled crude Francophobia sixteen years ago.
His chequered record in office is redeemed on account of one important action, the way he refused to support the illegal US-led invasion of Iraq in 2003. 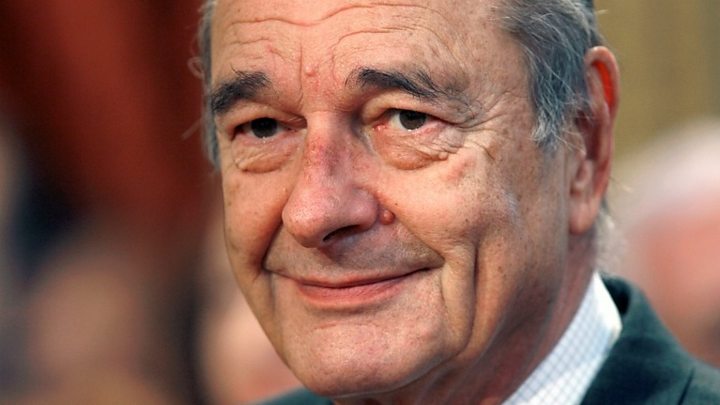 It’s worth remembering the wave of neocon-induced Francophobia that Chirac’s opposition to war unleashed. The French were labelled ‘cheese-eating surrender monkeys.’ French fries were renamed ‘freedom fries.’ Racegoers in Britain were encouraged to boo French-trained horses at the racetrack. The Economist in October 2002 said, by way of condemnation, ‘So far Russia and France have been all too ready to explore any option but war.’ The utter scoundrels!

For French people living in the US and UK, it was a difficult time.

But Chirac and France were fully vindicated by the stance which wasn’t cowardly but actually extremely sagacious. The ‘surrender monkeys,’ (whether or not they were cheese-eaters), were actually those in the US and UK establishments, and the leaders of the other countries who supported the attack, who backed George Bush and the hardline Washington neocons.

Writing in the Guardian on 12th February 2003, the late left-wing journalist Paul Foot spoke for many in Britain when he said: “I confess I’m not a very patriotic sort of person, but this week I have suffered twice from the familiar combination of BBIV (blood boiling in my veins) and HUIN (hair standing up at the back of my neck) out of a sense of shame of my country and its government. I watched the television while Chirac, a rightwing President of France, and Putin, KGB apparatchik and prime minister [sic] of Russia, combined to talk plain common sense on the proposed American war on Iraq.”

Let’s suppose Chirac (and Putin), had been listened to on Iraq and the ‘plain common sense’ French-Russian line prevailed. Hundreds of thousands of innocent lives would have been saved. Not only those killed in the invasion and its bloody aftermath but those killed subsequently in Iraq and elsewhere by Islamic State (IS, formerly ISIS/ISIL), which grew out of armed Sunni opposition to the US-led invasion.

The toppling of Saddam Hussein (and the dismantling of his deadly WMDs, which in fact did not exist), was supposed to make the world safer but the reality is that ‘Shock and Awe’ greatly boosted the cause of international terrorism. Iraq is still suffering from the invasion and of course there’s been spill-over into neighbouring Syria.

One of the most obscene things of all is how the architects of the Iraq War tried to blame France, a country which opposed it, for the invasion taking place. In 2005, that great ’Europhile’ and ‘Remain’ campaigner Tony Blair said the war was France’s fault for making it clear they would veto a Second UN Resolution.

Sir Stephen Wall, Blair’s former chief policy advisor, told a BBC documentary in 2007 that he remembers the precise moment, before the outbreak of war, when the British Prime Minister and his press chief Alastair Campbell (now editor of the pro-Remain New European newspaper) decided to play the anti-French card.

What a dishonourable tactic that was from those now telling us that Britain needs to maintain the closest ties with our European neighbours! As the French stated in their response, only four of the fifteen members of the UN security council supported a new resolution, so even if the Quai d’Orsay had keeled over to the war hawks, it wouldn’t have made a difference. The truth was that Chirac warned Blair in clear, unequivocal terms about the ‘disastrous’ consequences of invading Iraq and these warnings were arrogantly dismissed. Sir Stephen revealed that the British prime minister never paid any attention to what Chirac said. “He’d kind of come out rolling his eyes and say: ‘Oh dear, dear old Jacques, he doesn’t get it, does he?’…”

Mental Asylum: Macedonian Govt congratulates itself for being prevented to build a refugee camp