Former senior official of the Social Democrats and long time head of Soros’ Open Society Vladimir Milchin in his guest appearance on Channel 5 show “Truth Only”, strongly criticized Zoran Zaev’s policies and the ruling majority in Parliament. Per Milchin, the Law on Languages, which was unanimously supported by SDS MPs, does not represent a European priority for the Republic of Macedonia, and can wait to be voted in Parliament. 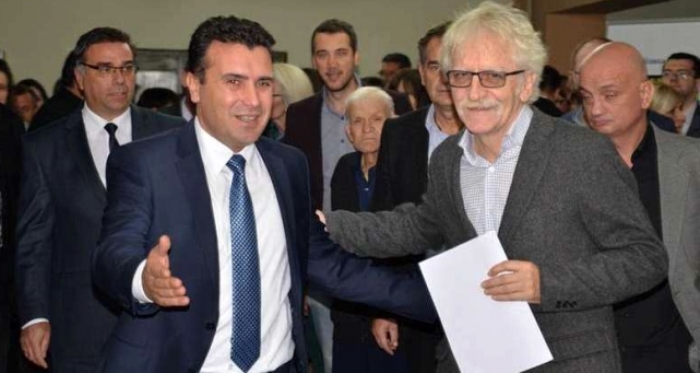 – I fully agree with the French ambassador, this law has no European priority. The law has to wait and it will give us enough time to really discuss it. For example, I have one question, and that is that each draft law should also contain financial implications for its implementation. I have not seen this anywhere; maybe the MPs had an insight into how much money it would cost for this law, for this absurd translation in cities where there are no Albanians… how much this will cost, are there any money in the budget for this, Milchin asked.

He compared the whole situation with the Language Law with the lack of information for our citizens when it comes to the name issue.

“That law is as clear as the name negotiations. Again, none of us have any idea what is Zaev discussing with the Greeks, the Greek citizens know much more than any of us. We are downplayed in the whole story as if we have nothing to do with it, and the name simply does not affect us, again, this is absurd, Milcin pointed out.

Milchin appears to be waking up, but it’s a bit too late for him. He too seems to know what’s coming.