This was no surprise, cash simply speaks to Macedonian politicians. All amendments were passed about an hour ago, including the one where Macedonia is replaced with North Macedonia.

81 MPs voted for it – this of course includes both BESA and the 8 renegade DPNE MPs who are much wealthier after their vote.

Interestingly enough they opened the constitutional changes with 80 which made the entire operation illegal, yet they claimed it was okay, but now made sure to have 81 to make it legal? Elizabeta Kanceska Mileska called the rest of the DPNE MPs ‘fake patriots’, while her group were simply good business people and of course fans of NATO. She is absolutely right on both counts: DPNE did not do one iota to prevent the renaming through a legal process, in fact it very much helped in the renaming process lured by the promise of being put back in power. And second, as it turned out, numerous MPs saw this as an ‘opportunity’ to get wealthy overnight, and they did.

These MPs would sell their own children with the right blackmail, and of course price. If a picture is worth a 1000 words, here is an MP taking a cell phone photo of her hand as she votes for name change – although all votes are recorded via electronic means, the MP still felt she needed proof for her master that she voted in order to get paid and receive the rest of the promised benefits. 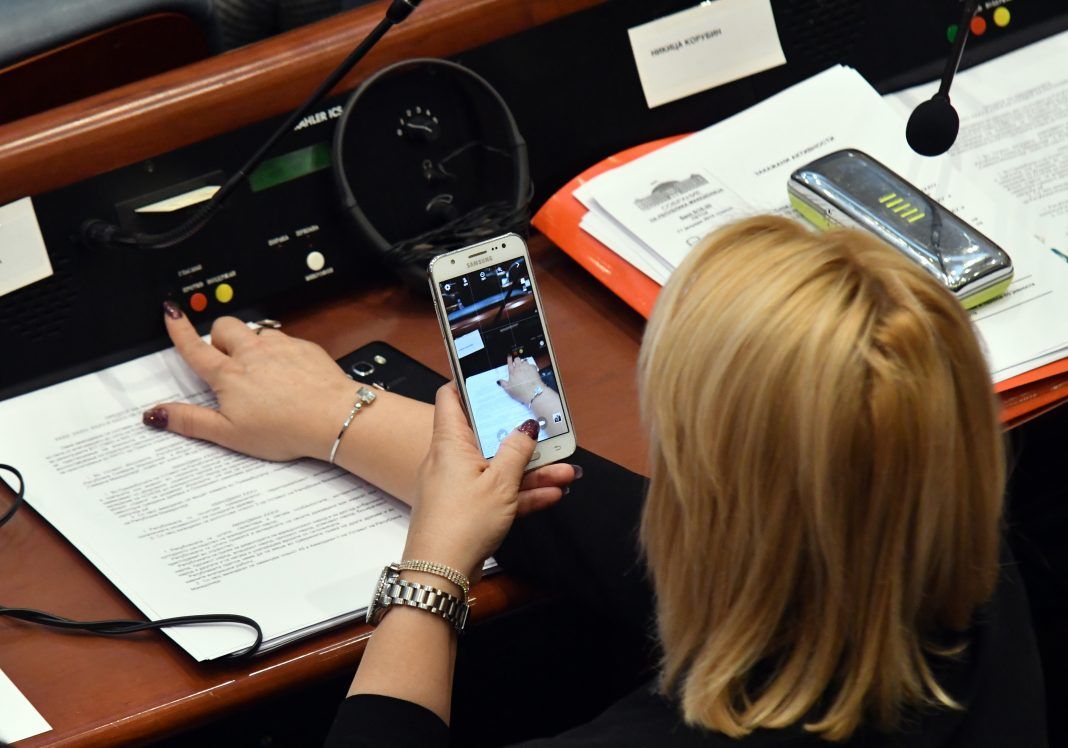 Is this over? Not necessarily, there are plenty of legal issues that will arise and are already arising. One is, I for one, don’t want a North passport. I do not and can’t identify with such document. There are thousands of people who feel this way and will seek legal recourse.
Second, the president won’t sign the deal (unless he too got bought as this is being published). Third, and this is very important: Macedonia has an illegitimate Parliament, installed not by majority, but via a coup with 58 MPs raising both hands in a hall. Every decision by an illegitimate Parliament is automatically invalid. Fourth, Parliament can not go against the will of the people expressed via a Referendum, this is in the Constitution! We can go on and on… 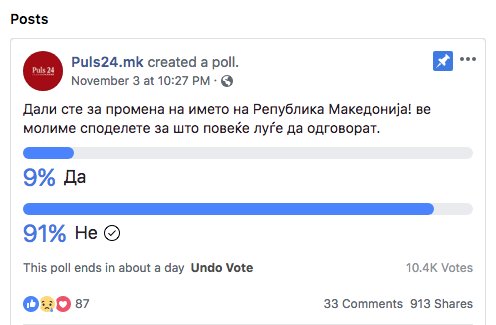 As for the MPs who voted? It’s beneath me to lay down curse after curse, there are plenty of people already doing this across the country. Nothing good can happen to you when two million people wish you terrible things.

Is there a way out? Absolutely. And it’s not via peaceful means or via Facebook. The US Deep State has installed a hardened yet psychopathic criminal junta in Macedonia. The only language they understand is the language of force. Do you think Parliament would have voted if surrounded by 200,000 people? Of course not.

It’s time for Macedonians to take their country back.