The announced vote for Constitutional changes that will change Macedonia’s constitutional name did not happen, although Zoran Zaev spoke in Parliament thanking all those who promised to give a vote in the Assembly. 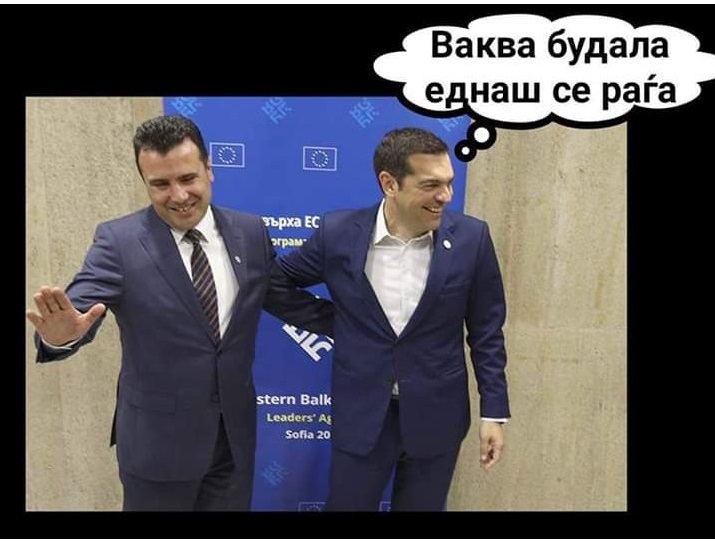 Zaev thanked BESA, DUI, DPA, the deputies of VMRO-DPMNE and Pancho Minov who, according to Zaev, has embedded himself quite nicely in the constitutional changes. Minov is an MP for the Citizen Option party under Stevco Jakimovski. We’ve reported in the past that Minov was offered cash to switch sides.

The public considers VMRO-DPMNE MPs and others from the “opposition” who received their mandate thanks to the votes of the citizens who were against the name change as the most responsible for the change of the constitutional name. Now, on that list Pancho Minov is added.

The vote is delayed for tomorrow because 2 BESA MPs insisted on removing “Macedonian” from the citizenship and thus could not secure the 2/3 of the votes.

DPNE’s leader Hristijan Mickoski after doing Zaev’s bidding in Parliament for months, decided to show up to protest with the masses in front of Parliament. However, the gathered Macedonians are not buying what this fake patriot is selling. He was loudly booed, so much so he decided not to hold a speech.