Zaev’s “victory” in Macedonia’s parliament was the result of a special operation by the CIA and the US State Department, assisted by $2.5 million secret deposits to VMRO-DPMNE MPs – writes Bulgarian daily “Sliven Now”

The CIA removed VMRO-DPMNE from power in April 2014 with their “Wizard of Oz” operation. Now it recorded its second win, with the vote in Parliament, with an operation ironically dubbed “The Wizard of Oz II.”

The difference is that during the first operation, the conversations of all VMRO MPs were recorded and then used them to blackmail them into submission and resignations, while now the MPs blackmailed by the CIA run SPO were recruited and bribed to vote in Parliament. Some were given as much as $2.5m – reports the Bulgarian daily.

After the failure of James Mathis and Angela Merkel as agitators for the referendum, the United States included its “heavy artillery” in Macedonia – the CIA and the millions from Athens – concludes Sliven Now.

Meanwhile, the 8 bribed MPs have formed their own party in Parliament with Kanceska Milevska as their coordinator.
MINA finds, DPSNE’s main goal is not defense of Macedonia’s name, but getting back to power. Even with 120 MPs in Parliament, Micko and the DPSNE have already agreed with Governor Baily they will not undo whatever damage the State Department will do through Zaev.

But you don’t have to trust us, here DPSNE Vice President Aleksandar (London) Nikolovski confirms that the name change is already a done deal and his party has no intention to do anything about it. Why would anyone vote for this sewage? 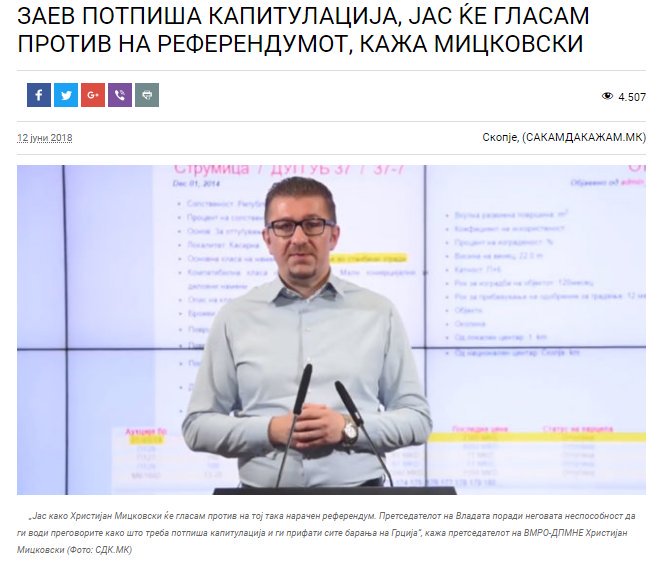