DUI and SDSM are in competition of sorts – who has the dumbest MPs.

Today, DUI’s Bujar Osmani met with a Norwegian official, the Scandinavian country where 74% of the population vigorously oppose their country becoming a member of the EU.

But, Osmani, representing the terrorist fraction of DUI wrote on the Governmental website (only in albanian) that he had met with representative of Holland.

Apart from the overall stupidity and cluelessness where neither SDSM nor DUI know who they are meeting or can recognize any foreign flags, DUI representatives once again go out of their way to show they do not see Macedonia as their country. 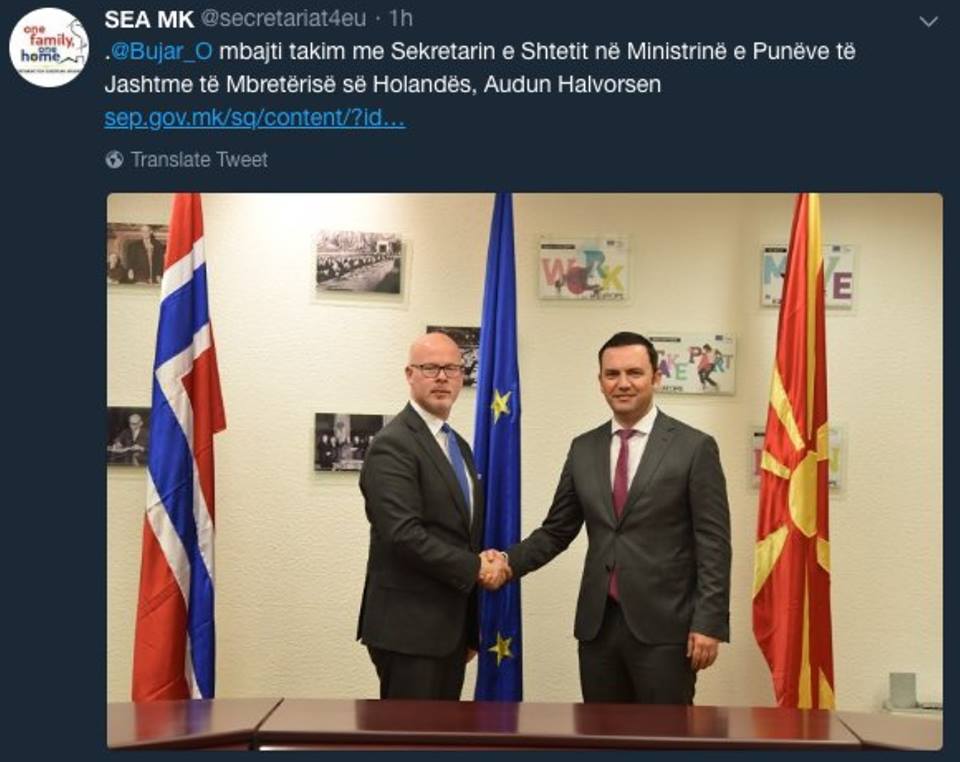