In an encompassing interview with pro SDS journalists, some of whom took part and backed the USAid sponsored “colored revolution” in the country, the DPNE leader debated against five ‘journalists’. The SDS leader was not present, he is too smart to attend this type of debate, or any debate for that matter. His handlers wouldn’t let him make literally any TV appearance, even though he accidentally has made himself the star if only for few seconds thanks to his increasingly impressive English skills where he somehow manages to screw up “how are you” and replace it with Clingon-like language.

Mickoski agreed to the debate, however, it didn’t go quite well judging by the reactions on social media. Although Mickoski had quite the amateurs as opposition during the debate, it was his responses that will likely result in more troubles for the DPNE and its membership. Rarely do you see a politician who loses the people’s respect each time he makes an appearance.

Certainly, this time Mickoski wasn’t seated in Johannes Hahn’s lap, but when asked what he intends to do with the Prespa Agreement if he was in power, following in the style of a true political hack he avoided answering and replied: I am prepared to be the Prime Minister. I am prepared to be the president of the Government. First, we need to get in power, and once there, the people will see how we are going to change the process. But this was only his first take on the question, 15 minutes later he will lower his guard and provide an answer that will not please anyone. 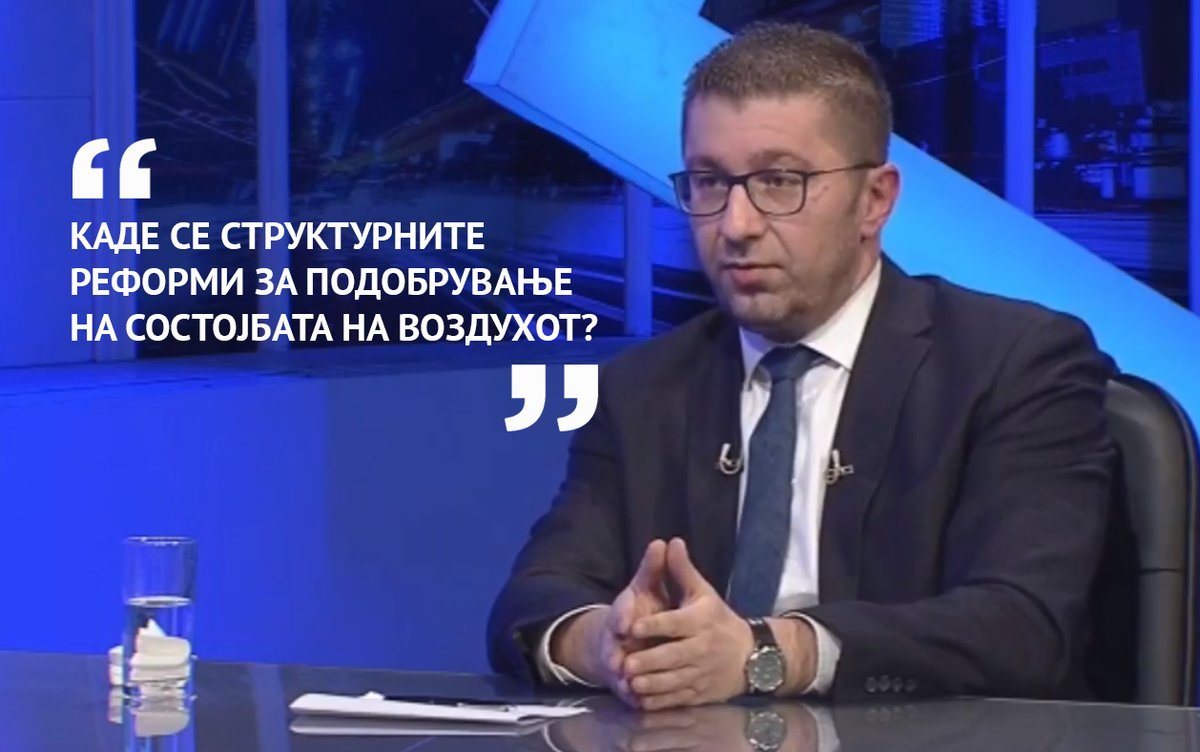 The more Mickoski tries to present himself as honest, trustworthy, hard working while being utterly blind and deaf to anything that goes around in the country, the less people trust him. It’s gotten so bad now, the DPNE is getting help from the US Embassy and their fake polling “NGOs” IPSOS giving the DPNE big lead if early elections were held. The same fake polling NGO IPSOS, predicted 73% turnout for the Macedonian Referendum.

The deal between the DPNE and Jess Baily since mid 2018 was for the DPNE to assist in the name change and not prevent it or delay it, (something the DPNE could have easily done, but did not), and in return Mickoski’s obedience would be ‘rewarded’ with the Prime Minister slot in 2020.
It is why Mickoski has behaved like a dilettante, an NPC this entire time. However, to avoid ‘absolute’ power by the DPNE in 2020, or any unexpected ‘problems’ by electing someone like Durlovski/Karakamisheva, the next president must be an American spotter like Gjorcev/Siljanovska/Spasovski. Even better, the US is using a template implemented in Estonia, Latvia and Lithuania where US citizens who had never even lived in the Baltics were suddenly presidents, with the Estonian (Toomas Ilves) and Lithuanian (Valdas Adamkus) president having to give up their US citizenship few days before being sworn in. Gjorchev fits this mold well. Although he’s lived in Macedonia, his family (likely himself as well) are US citizens.

Mickoski, during the end of the debate lowered his guard and slipped up that his party will not nullify the Prespa Agreement. “What is done is done. We tried to give them advice, but they didn’t listen. I can not promise or say something that people want to hear. Instead we will try to work around and change the process. But first people need to vote for us, and we’ll see what we can do. We won’t change, but will certainly not respect the Prespa Agreement“. We’re not even going to attempt to interpret any of this. It’s self explanatory. Mickoski’s statement goes right back to the statement of their VP Aleksandar Nikoloski who back in November and December stated “We’re going to have to live with the (Prespa) Agreement“. Mickoski stated precisely the same thing on the language law, they won’t respect it! This is all you need to know where DPNE stands when you vote/boycott.

No individual with ties to DPNE/SDS sellouts should ever be a Macedonian president!

But not all is bad. Presidential candidate Vladimir Gjorchev has asked the Government not to throw away old Macedonian signs with the constitutional name. He will store them in his garage, possibly sell them while the copper and steal prices are still high. We appeal to all Macedonians in need of storage facility to get in touch with Gjorchev. This guy means business.

VMRO 1903: We will all die for Macedonia. Freedom or death!