Mijalkov brought in a heavily armed entourage (three armed men) as he visited MPs from VMRO-DPMNE in their homes. All in an effort to ‘persuade’ them to vote in Parliament. 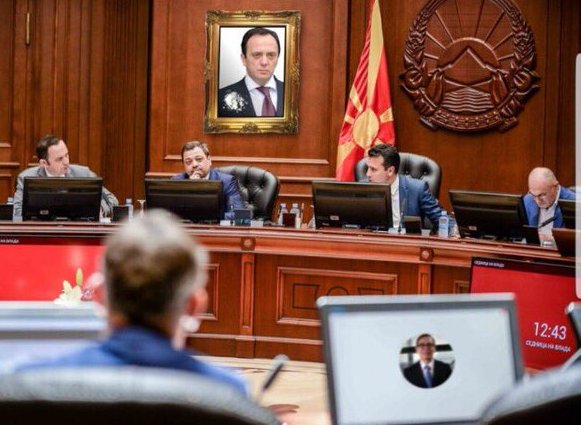 Mijalkov told MPs as his ‘security’ walked around their homes with guns to consider whether they want to go to jail for many years or do they want him (Mijalkov) to take care of their jail sentences with Zaev, sources say.

Precisely this was admitted by DPNE VP Aleksandar Nikolovski at yesterday’s session of the party’s Central Committee of VMRO-DPMNE.

Nikoloski revealed to his members details how Saso Mijalkov helped the government secure a two-thirds majority in the Assembly.

“Mijalkov entered MPs homes with armed men, first intimidated them with jail sentences, then promised them removal of sentences and cash in exchange for their votes in Parliament” stated Nikolovski.