Illegitimate Macedonian Government led by Zoran Zaev is said to have had two recent meetings with the US State Department “Delta Team” which specialize in coup, subversion and who are in fact responsible for installing Zaev in power.

According to the document obtained by the US State Department and made available on twitter, Zaev has already agreed to the Greek proposal for a new name scheduled to take place by year’s end, and asked the Americans for assistance during the local elections. It was important that the US State Department to assist Zaev and ensure the SDS election loss is not as large as anticipated.

The State Department is aware Zaev has little if any following among the Macedonians, and is aimed at getting the votes from the Albanians who trust Zaev.

According to Zaev, the Albanians do not have high voter awareness, which translates to they are not very intelligent. They (Albanians) believe just about anything, and he is not obliged to fulfill anything that was promised after the elections. 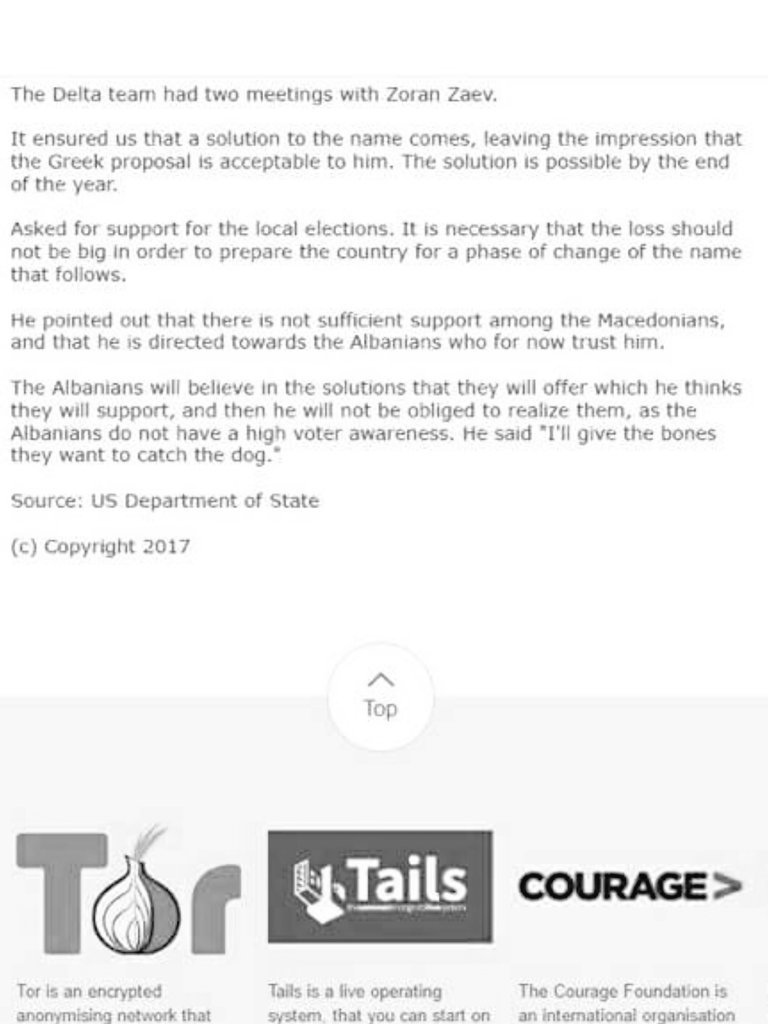